Welcome to Rope Direct, suppliers of premium Dyneema and Spectra rope along with other high performance ropes and lines. We are home to a variety of excellent, high strength ropes for use across many applications. Whether you’re after marine rope, anchor rope, or yacht rope on the one hand, or tow rope or bungee cord on the other, Rope Direct have the perfect rope for you, whatever your purpose, whatever your need. When people think strong, durable and lasting rope, they think Rope Direct. When it comes to Dyneema and Spectra rope we’re never beaten on quality, offering the strongest double braid rope online. We are rarely matched on price and the quality of our Australian made rope is simply the best. Our shopping cart is simple and easy to use and our shipping, fast and efficient. So tighten your winch, lower your anchor or caste your line around a great deal from Rope Direct.

Dyneema and Spectra are two names synonymous with high strength, high performance rope in the 21st Century, yet what makes these ropes so important and why are they in such high demand across such a diverse range of industries?
Spectra and Dyneema ropes are the two names which equate to a revolutionary moment in the history of rope design and engineering along with its practical application and use around the world today. The history of rope is a lengthy one (pun intended) with roots as far back as the 5th century BC where tradesmen of the empires of Egypt and the Levant first weaved together primitive fibre ropes made from Papyrus and other plant materials making the first very early forms of double braid rope. In the millennia to follow, vegetable fibres such as hemp, sisal and manila were weaved together in a way which saw a gradual refinement of the process of rope production throughout the world. As the uses and applications for ropes evolved and grew to include both marine and commercial areas, weaved ropes made from various substances continued to be in high demand until the arrival of the first synthetic ropes in the 20th century. 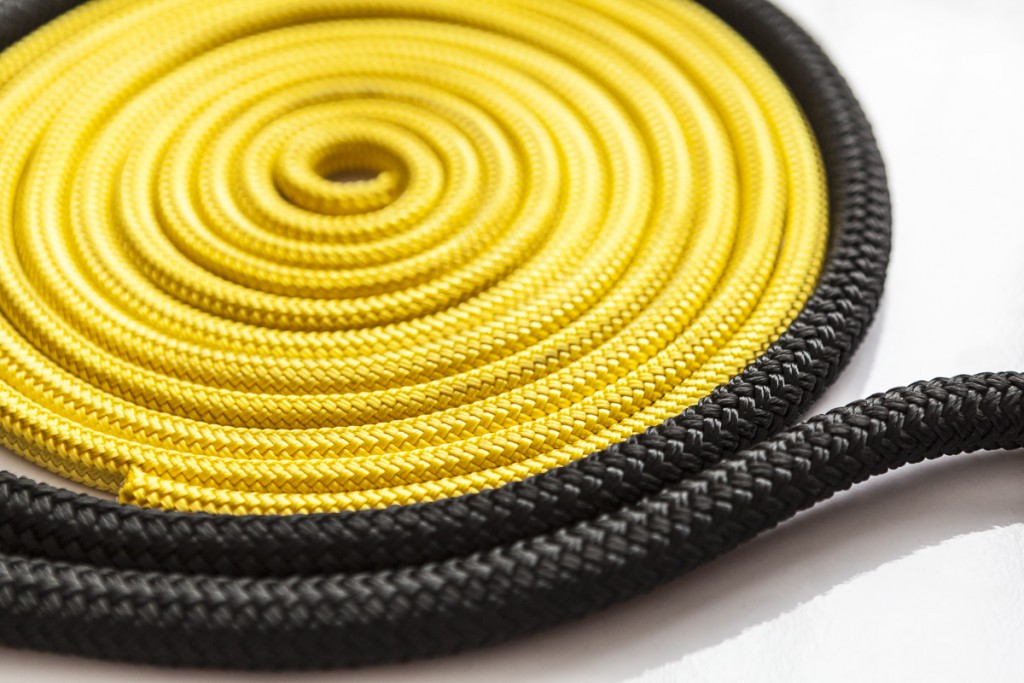 The first synthetic fibre to be employed in rope production was Nylon, having been invented in 1930 by Wallace Carothers who was at that time working for American firm DuPont. Due to its strength, nylon was immediately recognised as having great potential in rope making and was rapidly applied to a number of uses in the lead up to WWII. During this conflict the first polyester fibre was developed by two British chemists, Whinfield and Dickson and the product they released, Terylene proved to be tougher and more resilient than nylon. This era saw the beginning of great advancement in the field of synthetic fibre and the its resulting application to rope making altered both the strength and quality of rope in all its varied forms.

Synthetic fibres are the product of an extensive chemical refinement process known as synthesising polymers. The compounds which contain the polymers and which are used to make these fibres are drawn from petroleum based chemicals. Thus synthetic fibres are one of the many chemical applications of petroleum. The products resulting from this process continued to be refined and developed throughout the 20th century to the point where today four substances; nylon, polyester, acrylic and poly-olefin synthetic fibres dominate the market.
While synthetic fibres have always had great advantages for their application to the design and construction of rope, there were also some notable drawbacks. When compared with natural fibres, the synthetics were found to be far more durable, more water resistant and much more longer lasting against the elements. This meant that in the decades after their first invention, synthetic ropes were the most favoured to commercial, industrial and military applications.Synthetic ropes did however always have one significant disadvantage. Due to the nature of synthetic fibres, the rope products made from them always had a low melting point which left them susceptible to heat damage, along with other risks such as melting and burning. 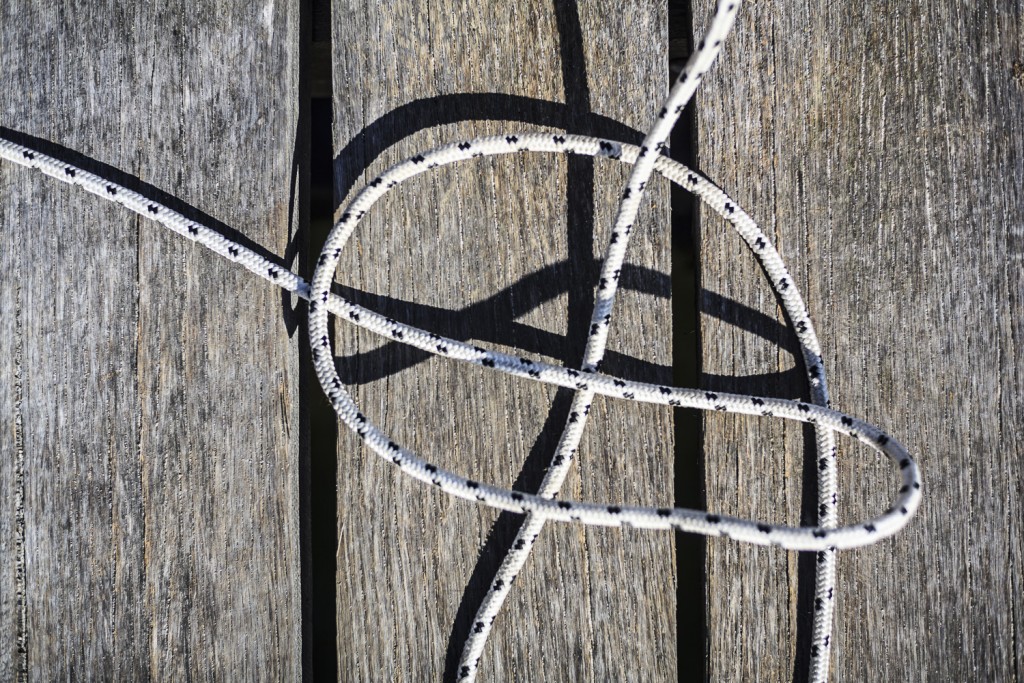 Heat damage was one of the core concerns in the minds of those chemists who first developed and patented the Spectra and Dyneema rope types back in 1979. A massive increase in the strength of the end product was to be the other great advantage of this new design which would become known as Ultra-high-molecular-weight polyethylene (UHMWPE) or more commonly, (UHMW) or even more confusingly HMPE. This process marked the dawn of new era in high strength, high performance rope and it would be the names Spectra and Dyneema to which it would become synonymous. Here it’s important to attempt to answer the question which we initially set out to answer which is what are these ropes, Dyneema and Spectra? And why are they so significant today?

One must recognise that two types of high-molecular-weight polyethylene (HMPE) fibre exist. One is the raw material for making different high strength ropes, and this material is known as Spectra. Spectra is the fibre component used regularly by rope makers all over the world to produced a great multitude of variations on high grade, HMPE rope. For this reason many people often speak of Spectra rope as if it were a standalone product. The other type of fibre takes the form of a product and this is called Dyneema. Therefore the two most well-known grades of Dyneema rope, SK60 and Dyneema SK75 are both registered trademarks of Dutch giant DSM. It is clear that consumers are aware of the subtle differences in the names, but the one thing they want above all else is quality rope. For this reason and others Spectra and Dyneema are now two names which have intermingled to be the hallmarks of high strength and great performance in the world of rope. 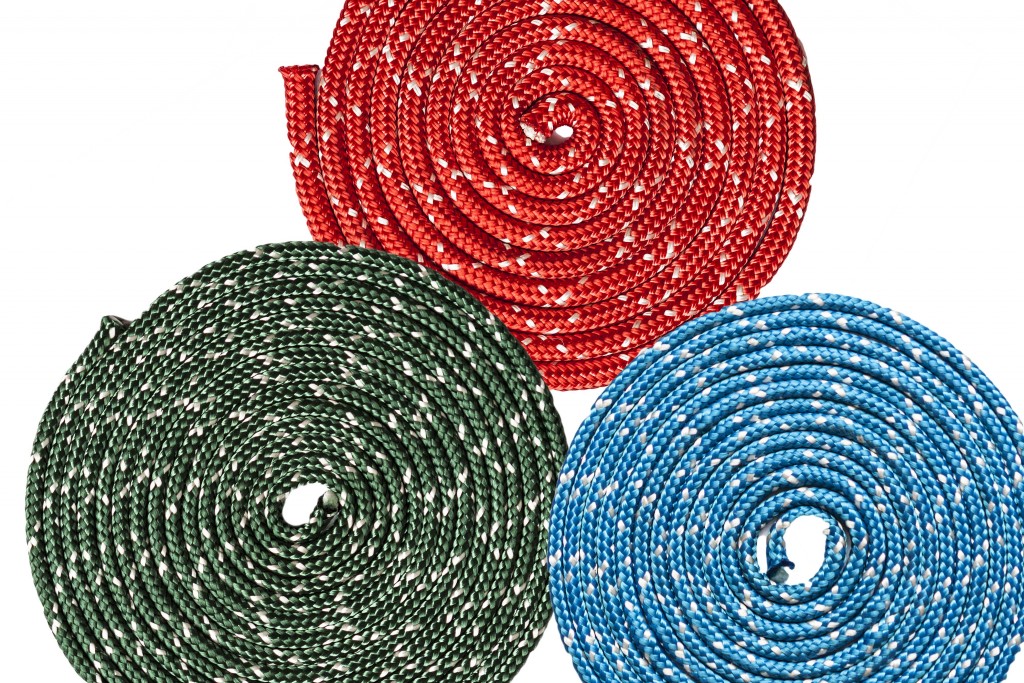 Ropes manufactured using only Polypropylene (Pp) or only Polyethylene (Pe) can reach a high performance grade however they are simply not strong enough for using in towing, winching and competitive yachting. Importantly they are also not strong enough to replace steel wire in commercial winches which is something that Dyneema SK-75 has done in recent decades. Fibres such as nylon (Pa) and polyester, (Pes) while remaining strong, actually have far too much give in them and stretch too far for them to be considered safe for many commercial uses. The snap-back from nylon or polyester rope following breakage would be so dramatic as to be potentially fatal to bystanders.


The fibre known as Spectra from Honeywell is the other important ingredient in today’s lightweight ropes and is much sought after across many industries. Much of their high-strength character and durability is owed to the process of having been strand gel spun through a spinneret. The result of this fairly intricate process is a yield strengths as high as 350,000 psi and also extremely low specific gravity. (0.97 for Dyneema SK75). Only very high strength steels have comparable yield strengths and as a result Dyneema ropes have reshaped the playing field for rope in the 21st century.

It is the process whereby HMPE ropes are formed which gives them their incredible strength advantage. The first step in the process sees filaments of Spectra fibres twisted together into a yarn. Following that the yarn is superheated and drawn through baths to finish its surface. In many cases the surfaces of the rope is plaited with polyester to provide a smooth, low abrasion finish and and also increases resistance to damage from the elements and from source of heat. Filament size is also an important factor in the process as great size leads to better abrasion resistance both on the inside of the rope and externally. Thus Dyneema and Spectra are renowned for their excellent abrasion resistance. The end product, the thing which people are so keen to get their hands on these days, is highly complex, extremely well refined, durable of course most importantly, strong. These days consumers demand that their ropes are made up of all these combined ingredients in order that they can take away a near perfect product. 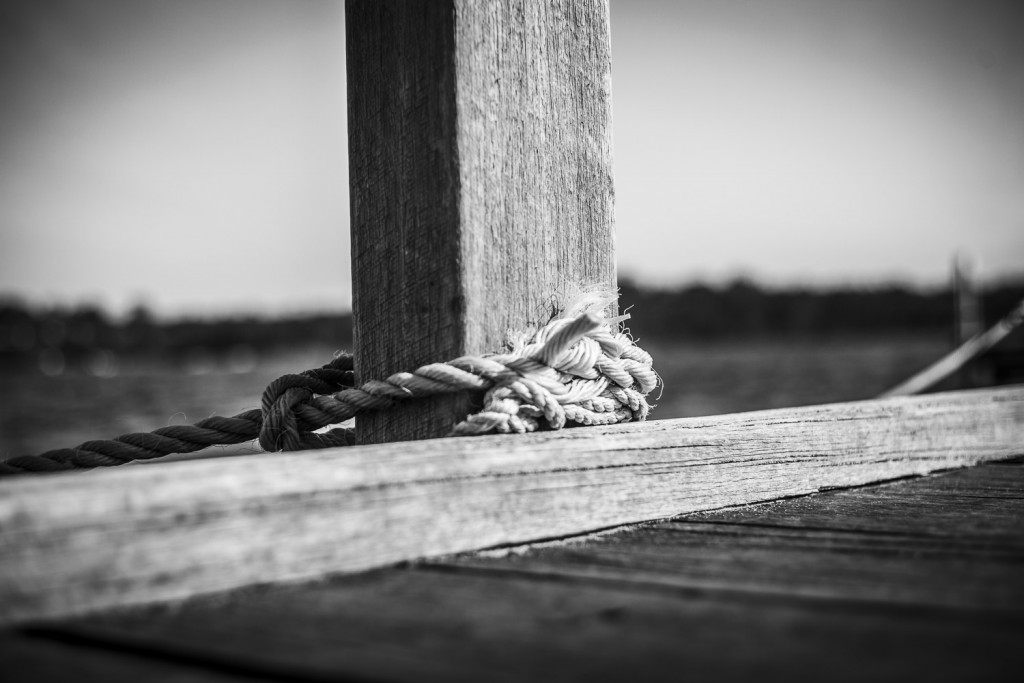 What are the key disadvantages of Spectra ropes or Dyneema rope products?
Dyneema and Spectra rope fibre’s possess high levels of lubricity which can lead to poor knot-holding ability. This can be important for people using these ropes as mooring lines and also as yacht rope. One other factor that Dyneema rope users like to keep in mind is that elasticity is not one of the positive characteristics of these kinds of rope. In rope terms low elasticity translates to low toughness. Thus in the sports of climbing; rock climbing, ice climbing, cord and nylon combinations remain far more popular and better suited to the sport as they are both bulky and low weight. Unlike nylon, the very low elasticity Dyneema ropes make them quite unsuitable for limiting the great force which hits the line during a fall during a fall.
Dyneema and Spectra: what are their uses today?
These ropes are well known for their great qualities. But who is using them today. Below is a list of all their applications to the modern world. At the end of the day, Ultra-high-molecular-weight polyethylene ropes such as Spectra and Dyneema allow for a great performance across many different fields of life. Browse our product listings and get a quote today, we’re the best for braided rope supplies Melbourne.